Women of the World Visits Hyderabad 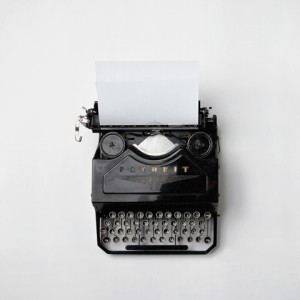 What an awesome “Roar” Women’s Conference our Women of the World International Team had with New Life Assembly of God in Hyderabad, India.

660 women attended the conference and left with greater spiritual power and authority. There were three things God said He was going to do for the women: 1) They were going to give new birth to spiritual gifts. 2) God was shifting people to a new dimension in Him and 3) women would understand their dominion over the enemy and all things because they are “In Christ.” There were 660 women who attended the conference.

On Friday night the women learned about their inheritance and the dunamis power the Lord commanded them to receive (Acts 1:8). The altars were filled with women and it was wonderful but more importantly there was an “Open Heaven.” All could feel in the spirit that the angels and the prayers of the intercessors were surrounding that place. It was like they were creating a porthole that was protected (no spiritual or physical interference) and the presence of God was flowing through it from His throne room. A Holy Spirit dance broke out during the altar time in response to the Holy Spirit’s presence and their new level of freedom. The angels and intercessors were dancing with us in the heavenly realm–and it was powerful, joyful, and indescribable…and it went on and on…

During the last service on Saturday (the commissioning/altar time), the Lord sent the cloud of witnesses to participate in the circle of the port hole–to join the angels and the intercessors. In the cloud of witnesses there were all the ladies of scripture: Sarah, Deborah, and Miriam. We could sense these women of the faith cheering on the women of India telling them to pick up their mantles and walk in their anointings to reach this generation. We could feel them rejoicing as the ladies took their places in the anointing lines. Before we released the ladies to be anointed, the presence of the Lord was so thick–the truest sense of revival comes when people realize and rise to the anointing God has placed on their lives. As each anointing was called out, the women rose to get in their prayer lines—in the spirit these women were rising to their place in God’s heavenly strategy. They were rising to be in alignment with heaven so that what was in heaven now was on earth–alignment for the flow of power and authority in greater dimension. And the ladies rose to take on their mantels–each anointing had groups of ladies–watching them rise to take their place was powerful. So they were prayed over and prophesied–and ladies were falling all over the place. There were women healed, delivered, receiving their heavenly languages immediately…but most important, ALL of the women went to a new dimension in the Lord–an increase of the power on their lives as well as the authority they will walk in.

This gathering of women in southern India was truly a supernatural, heavenly experience that the Lord authored.

This site uses Akismet to reduce spam. Learn how your comment data is processed.